Keratoconus is a condition in which the cornea grows thinner, causing it to bulge and distort your vision.

The Silicon Valley Eye Physicians team has diagnosed and treated hundreds of patients with keratoconus, restoring their vision.

We can help you develop a treatment plan at our offices in Sunnyvale, CA...

3 Notable Symptoms of the Disease

Many patients experience blurry or distorted vision. As the condition progresses, refractive errors like myopia and astigmatism become worse.

You may also notice an increase in sensitivity to brightness, as well as glares around lights.

As your corneas become more thin and misshapen, you may find it difficult to comfortably wear contact lenses.

*According to Duke University

Certain habits and other factors can increase your risk of this condition...

Although each patient experiences keratoconus for different reasons, certain factors may increase your risk, including:

More Information from Our Sunnyvale & Offices

Keratoconus is caused by a thinning of the cornea, which transforms the surface of the eye from a round sphere to a cone shape. This affects the way that light enters the eye and can cause blurry or distorted vision. Although keratoconus usually progresses slowly, early detection is vital to ensuring the most effective, minimally invasive treatment options. Several of the doctors at Silicon Valley Eye Physicians have undergone extensive training and managed hundreds of keratoconus cases throughout their careers. Additionally, both offices in Sunnyvale , are equipped with advanced diagnostic technology and custom contact lens design and manufacturing equipment to help you receive treatment that addresses your unique needs.

Keratoconus affects your cornea and is caused by a weakening of the collagen bonds that provide structure and stiffness to the corneal tissue. When these bonds weaken, the cornea can bulge outwards in a cone-like shape and cause vision issues including nearsightedness, blurred vision, and sensitivity to light.

As the severity of keratoconus progresses, your vision usually becomes more blurry and distorted. Eventually, the shape of the cornea can make wearing contacts uncomfortable or impossible.

We have managed hundreds of cases of patients who suffer from keratoconus and are equipped with the training and technology to create custom contact lenses.

A Closer Look at Causes 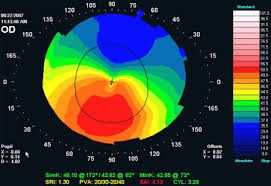 The precise cause of keratoconus is unidentified. There are many theories based on research. However, no one theory explains it all and it may be caused by a combination of factors:

There does appear to be a less than a one in 10 chance that a blood relative of a keratoconic patient will also have the condition. Studies show that keratoconus corneas lack anchoring fibrils, which allows that cornea to protrude into a cone-shaped appearance. However, most sufferers do not have family members with this disease.

Our corneas are often damaged when we rub them, which may in turn leave patients more vulnerable to the development of keratoconus.
While regularly rubbing your eyes can lead to this problem, poorly fit contact lenses that rub against the irregularity of the cornea are also considered a possible cause.

Many who have keratoconus also have allergies, which can result in itchiness and lead patients to rub their eyes. However, the link to allergic disease also remains unclear. A higher percent of keratoconic patients have disorders such as hay fever, eczema, asthma, and food allergies.

Another hypothesis is that the endocrine system may be involved. Keratoconus has some correlation with times of great hormonal flux: the condition is generally first detected at puberty and may progress during pregnancy.

The earliest signs of keratoconus are typically blurred vision and recurrent changes in eyeglass prescription, or vision that cannot be improved with glasses. Symptoms of keratoconus commonly begin in late teenage years or early twenties, but can start at any time.

Keratoconus can typically be diagnosed with a microscopic slit-lamp examination at our practice.  The characteristic signs of keratoconus that the doctor will observe when examining Keratoconic eyes include:

Although keratoconus is a chronic condition, we can provide several conservative treatment options to restore function and comfort to your vision: 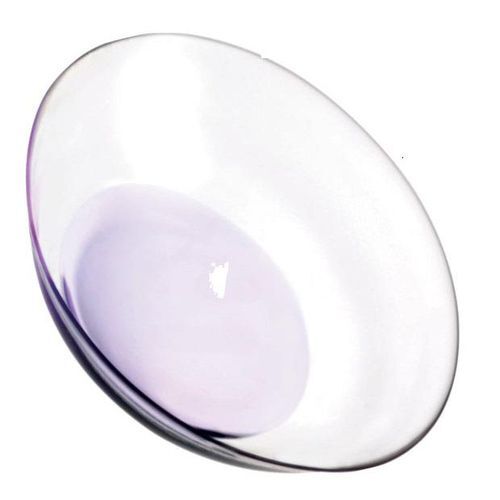 Hybrid lenses, also known as SynergEyes®, combine the comfort of a soft lens with the function of a hard one. For patients who are not good candidates for scleral contact lenses, our doctors may recommend hybrid lenses. 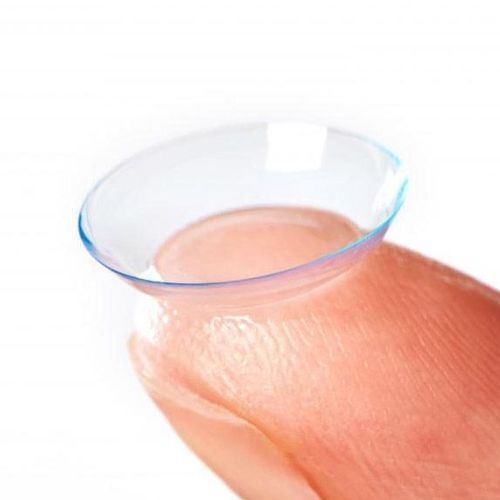 Currently considered the gold standard in the treatment of keratoconus, these lenses can provide extensive benefits for patients with keratoconus. Scleral lenses cover a larger portion of the eye and can help you achieve long-lasting, sharper vision. 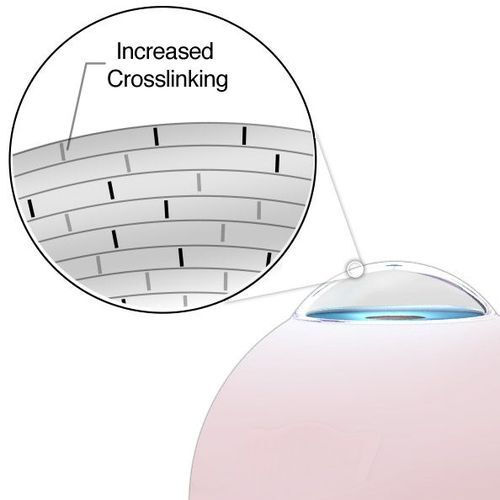 CXL with Riboflavin (CXL) is an emerging keratoconus treatment. CXL works by increasing collagen crosslinks, which are the natural “anchors” within the cornea that prevent the cornea from bulging out and becoming distorted.

After patients have been successfully fit with contact lenses, a moderate percentage of complications and unfavorable reactions are related to skipping or modifying the prescribed method for cleaning, disinfecting, and storing their lenses. Compliance is the key to long-term success for all contact lens wearers. It is especially important for keratoconus patients, since they are virtually totally dependent upon contact lenses for all their visual tasks. Eye infections, while rare, can be harmful, preventing patients from wearing their contact lenses for days and occasionally may result in long-lasting corneal scarring and loss of vision. A comprehensive understanding of the role played by each of the rigid gas permeable lens care products will help keep lenses clean and eyes healthy.

Silicon Valley Eye Physicians is a leading vision care provider that has been serving the community for over 60 years. Our doctors are members of prestigious organizations, including:

We are happy to conduct examinations and make diagnoses over the phone using our telemedicine service. To schedule in-person exams for your entire family, call our Sunnyvale office at (408) 739-6200 or request an appointment online.

*Disclaimer: results are not guaranteed, may not be permanent, and can vary per individual. Some images are of models, not actual patients.